The Bittersweet Truth About Sugar 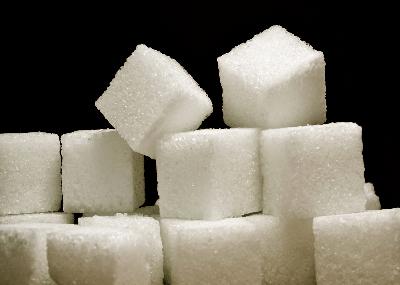 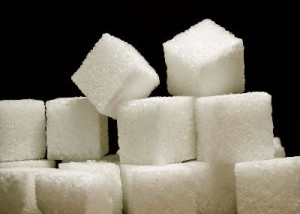 The average American consumes 22 teaspoons of added sugar every day primarily from foods such as processed foods and sugary drinks. Between the years 1900 and 2000, annual sugar consumption in the US increased from approximately 10 pounds per person to about 160 pounds per person. Its no coincidence that 70 percent of adults and 40 percent of kids are overweight and 100 million adults suffer from insulin resistance in the United States.

Simple carbohydrates, such as sucrose and fructose, are very easily broken down into glucose which is then used by cells as a source of quick energy. These sources of quick energy are not only extremely addictive but it can wreak havoc on hormones too. Hormones produced from the thyroid, pancreas and gonads are particularly impacted by sugar consumption.

As soon as our brain senses a large dose of sugar, a cascade of hormonal reactions ensues. Sugar causes the brain to initiate the pleasure response by releasing neurotransmitters that boost mood such as serotonin and dopamine. Neuroscientists have found that this pleasure response is the same response as someone would experience after injecting drugs such as heroin, morphine or cocaine. This is why sugar is so incredibly addictive. Many doctors and scientists believe that sugar is much more addictive than cocaine.

Once that sugar is broken down into glucose and then enters our bloodstream. Simple carbohydrates that are composed of one or two glucose compounds break down much faster than complex carbohydrates which take much longer to break down. Once the sugar is digested and the glucose enters the bloodstream, the pancreas then secretes the hormone insulin whose primary job is to transport glucose from the bloodstream into cells so that it can be used as a fuel source for basic metabolic functions. A high dose of simple sugars can cause a spike in blood sugar followed by a crash in blood sugar. This results in fatigue and the brain then starts to crave a quick source of energy – more sugar.

Stress, in and of itself, is a big contributor to cravings and emotional eating. High doses of sugar can also trigger the release of the stress hormone, cortisol. High levels of cortisol – either from sugar consumption or from a high-stress lifestyle – can increase food cravings and cause unwanted weight gain. Elevated cortisol levels can affect how the rest of the endocrine system functions and can lead to anxiety, irritability, decreased bone density, heart disease and fatigue.

When the adrenal glands are no longer able to produce enough cortisol in response to stress, a condition called adrenal fatigue results. Adrenal fatigue can affect melatonin production which ultimately affects sleep quality.

Insulin spikes from consuming large doses of sugar over a long period of time significantly reduces thyroid function. In addition, a poorly functioning thyroid can impact the rate at which glucose is removed from the bloodstream and used by cells. If a thyroid issue is left unattended, sugar cravings may result and further exacerbate the problem. Other symptoms of a malfunctioning thyroid include: dry skin, weakness, lethargy, anxiety, insomnia, depression or digestive issues.

If you experience mid-afternoon fatigue, late-night sugar cravings, or mood-swings, believe that sugar makes you happy or rely on high-carbohydrate meals as your source of energy then you most likely have an addiction to sugar.

In order to breaking the brain and body’s reliance on sugar and reverse some of the hormonal damage done by sugar consumption, it is important to reduce or completely eliminate sugar from the diet. There are many reasons why people become addicted to sugar and most of them are hormone related. Imbalances in sex hormones, thyroid hormones and cortisol can contribute to a sugar addiction.

Hormone imbalances can be addressed through blood tests and individualized treatment plans. In addition, dietary and lifestyle changes will help to balance hormones that could be contributing to sugar cravings.

–Eliminating added sugar,
–Addressing nutrient deficiencies (either by eating a variety of whole foods or by supplementing with high-quality supplements),
–Balancing blood sugar by limiting caffeine and alcohol consumption and eating balanced meals throughout the day,
–Exercising, and
–Reducing stress as much as possible.

A balanced meal which contains a high-quality source of hormone-free protein and plenty of fiber from vegetables and complex carbohydrates can help to stabilize blood sugar and ensure proper insulin response. Starting the day with a balanced meal not only helps to stabilize blood sugar levels, but it also helps to avoid a crash in blood sugar during the afternoon. Adding adaptogenic herbs such as maca, rhodiola and ginseng can also help the body cope with stress and reduce sugar cravings because there are compounds in these foods that help the body respond to stress by lowering cortisol.